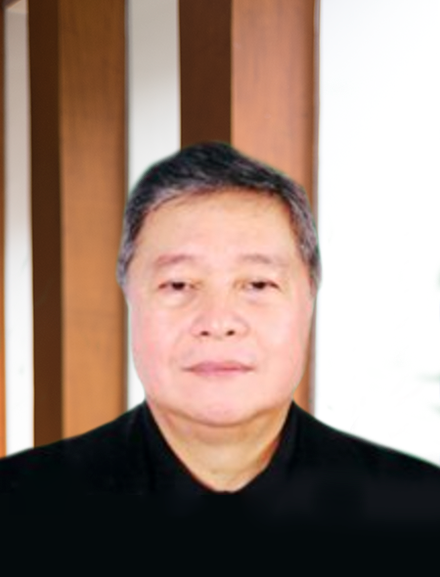 Chairman of the Board

Atty. Avelino J. Cruz, Jr. has vast experiences in the general practice of law, including practice areas of litigation and dispute resolution, commercial and corporate, administrative, constitutional and election law. He also served the government in various capacities as: Secretary of National Defense from August 2004 to November 2006, Chief Presidential Legal Counsel from January 2001 to January 2004 and Active Executive Secretary from 2003 to 2004. Atty. Cruz graduated Salutatorian and Cum Laude from the University of the Philippines, College of Law in 1977 and placed 7th in the Bar Examinations of the same year. He has been admitted to the practice of law by the New York Bar and was Bar Examiner in Commercial Law in the 1995 Bar Examinations. He also finished BS Mathematics from the Ateneo de Manila University. As a student leader, he was President of the UP Law Student Government and the Ateneo Student Council. He was Senior Editor of The Philippine Collegian of U.P. and member of the editorial board of The Guidon of the Ateneo.

By using our site, you agree to our use of cookies. You can read our Privacy Policy. For Unicapital clients, click here to grant your consent for us to continue providing our services. ACCEPT

Any cookies that may not be particularly necessary for the website to function and is used specifically to collect user personal data via analytics, ads, other embedded contents are termed as non-necessary cookies. It is mandatory to procure user consent prior to running these cookies on your website.